What a crazy year 2018 has been. We’ve had some huge movies released, and following a few down years, it appears the box office numbers for 2018 were record-breaking. The thing I loved most about this year was it seemed every month brought us another great movie. There was little downtime between each outstanding film. Before I jump into my top ten, I always must reveal the few movies that might have made the list that I didn’t see: Eighth Grade, The Favourite, The Endless, and Vice.

Documentary filmmaker Bart Layton’s first attempt at a narrative film (sort of) was a surprise. I often leave the tenth spot of my list for movies that aren’t necessarily good enough to make my list but should be seen, but American Animals isn’t one of these movies. American Animals is a down-to-earth heist film that left me guessing at every turn. The film is based on the true story of four college students’ attempt to steal a book worth millions. Layton bounces back and forth between interviews with the real people and the actors playing them. The humor, intensity, and performances are all layered with expertise. Evan Peters’s acting is particularly terrific.

9. You Were Never Really Here

Joaquin Phoenix spent 2018 putting out indie film after indie film, but none was better than You Were Never Really Here. Lynne Ramsay’s dark thriller is the rare film that weighs you down only to lift you up. The film’s pace is deliberately slow, but the small bursts of violence and its short runtime make it worth it. Many have compared this film to Drive, but those comparisons seem off base to me. Drive was much brighter and abstract. This film is straightforward and, to be blunt, much more brutal.

Roma is probably the masterpiece of 2018. Alfonso Cuarón is an elite director and has made an extremely personal and powerful film. Roma is technically efficient and an absolutely gorgeous film. Black and white has been used a few times over the last couple of years, most recently with the film Ida. Sometimes this trick seems like an artistic ploy or a bit pretentious. In Roma, black and white was a perfect choice. The story is based on Cuarón’s own family and the housekeeper who helped raise him. The color scheme gives the film a dream-like quality which made me feel as though I was stepping into Cuarón’s memory. The lead performance by first-time actress Yalitza Aparicio is beautiful.

Damien Chazelle has made four films, and three have landed on my top ten. All have been completely different. The wunderkind of Hollywood has for the first time taken a script he didn’t write, and he didn’t miss a beat. While Ryan Gosling and Claire Foy are terrific, the direction, design, and sound are the real stars. Chazelle’s ability to make space flight seem unobtainable and horrifying while at the same time mundane is remarkable. The claustrophobic feeling when the Apollo team launches is incomparable. The closest thing I’ve experienced to the uneasiness I felt watching Chazelle’s version of space travel was George Clooney floating off in Gravity. First Man is a moving tribute to a complicated American hero. 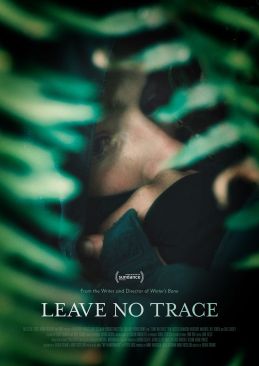 I’ve always thought Ben Foster was one of the most underrated actors in Hollywood. If you scroll through his IMDB credits, you’ll be hard pressed to find a role that he didn’t knock out of the park. Leave No Trace is no different. Foster plays Will, a vet who lives off the grid with his 13-year-old daughter Tom, played by Thomasin McKenzie. McKenzie’s first big screen role is beyond compelling, and her acting stands next to Foster’s. Debra Granik’s directing is subtle but effective. The danger and beauty of the lush Northwest forests are captured perfectly. This film won’t be for everyone, but for those who enjoy quiet beautiful films, you won’t find a better one.

I remember hearing about Jim from The Office directing a movie and thinking to myself, “I bet that’s going to be a pile of garbage.” Not because I don’t love John Krasinski or think he’s talented. The idea of a random actor directing this script seemed doomed to fail. I was completely wrong. A Quiet Place was the most exhilarating experience I’ve had in a theater all year. The fear of making noise every viewer had was a unique experience that won’t be replicated anytime soon. Krasinski’s deft hand at direction coupled with Emily Blunt’s terrific performance made this one of the few films I saw multiple times in the theater. While there are plot holes galore, A Quiet Place brought me a childlike joy that I had been missing. This was a unique film that wasn’t weighed down with an extreme amount of CGI or mindless action. 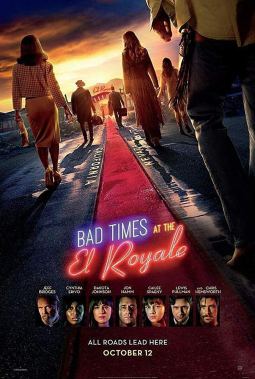 4. Bad Times at the El Royale

I had always wanted to see Bad Times at the El Royale because I love Drew Goddard and it seemed like a fun film. I wasn’t expecting it to be one of my favorite films of the year. On paper, it seems like a sure-fire hit. Jon Hamm, Jeff Bridges, Dakota Johnson, and Chris Hemsworth all bring a level of clout. But it was the performance of Cynthia Erivo that made this film worthy of greatness. Cynthia Erivo had a marvelous 2018, but her voice and acting chops are on full display here. Aside from the all-star cast, the movie is really bolstered by Drew Goddard and his ability to elevate the material. In the hands of another director, this film would come off as diet Tarantino, but Goddard makes it his own. And the music… goodness, the soundtrack is amazing.

When Widows was announced, I was sure it would be a contender for the best movie of the year. While most critics loved the movie, it was left off most top ten lists. I couldn’t disagree more. Hall of fame critic Richard Roeper said it best, “Steve McQueen is an original and bold storyteller, delivering the goods with dazzling creativity. Even when Widows delves into pulpy, blood-soaked material, everything is filtered through the lens of a true artist. This is one of the best movies of the year.” I mentioned Cynthia Erivo in Bad Times at the El Royale being a revelation. Well, guess who shows up here? You guessed it! Erivo rounds out the stellar cast as a tough single mother willing to do what it takes to make a way for her family. While her character isn’t a huge focus of the film, she steals almost every scene she is in. Also, Brian Tyree Henry was superb. 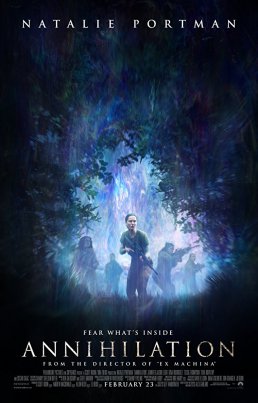 Between Roma and Annihilation, Netflix has fully taken over the film industry. While Roma is receiving all the Oscar hype (and rightfully so), I adore Annihilation. No film in 2018 made me dwell in my thoughts more than Annihilation. Alex Garland is a master of suspense, and the cinematography was out of this world. Every time I forget about Natalie Portman, she pops up with a performance like this. I think she gave the second best performance I saw this year, and it’s a shame she won’t be recognized for it. Overall, Annihilation is a powerful, intense, and downright scary film. It is bleak and beautiful. It is a gut punch and at the same time offers hope. This duality makes Annihilation a unique experience. 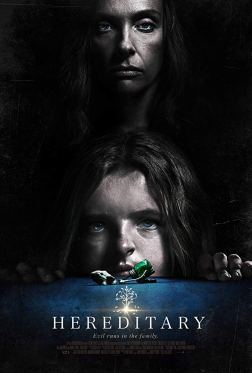 It’s not very often that a film leaves me completely speechless. I remember leaving Hereditary and thinking to myself, “I’m glad my wife didn’t see that.” That was the only thing I could muster. I wanted to forget what I saw not because it was bad, but because it was so terrifying. Not in the way most films scare you. No, Hereditary left me shaken. I have a hard time recommending it to anyone because it was such a troubling experience for me. If a film can leave that mark on you, you know it was spectacular. Hereditary also boasts the best performance of the year by Toni Collette. She delivers on a level I’ve never seen her reach. From the grieving matriarch to the unhinged wife, she is truly spectacular. If you love horror, Hereditary will fill your every want, but I understand this won’t be for everyone.