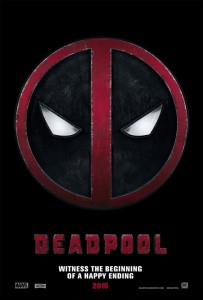 “All it takes to become a superhero is the choice to fight evil.”

The subversive superhero has been tried before. The foul-mouthed, murdering superhero has been done. Deadpool stretches those ideas to the extreme and then pushes even further. Ryan Reynolds has had a tumultuous career. He got a shot at the superhero genre with Green Lantern, and that failed miserably. He originally played Wade Wilson in X-Men Origins: Wolverine, a movie that was released before it was even finished. Many thought that Deadpool would be his last shot at being in a legitimate box office hit. Well if it was, he went down with guns blazing.

The story of the making of Deadpool is just as interesting as the film itself. Tim Miller, the film’s director, along with writers Rhett Reese and Paul Wernick, stayed attached to this film for almost six years until the studio finally gave in. This is not only a testament to the source material, but also to their faith in Reynolds. In a lot of ways, Reynolds was born for this role, and he soaks up every single minute.

This is Tim Miller’s first film, and in some ways it shows. The action relies on heavy editing and slow motion a little too often. But Miller’s lack of style and finesse give the film a strange quality that matches our hero. Deadpool as a character doesn’t fit in the Marvel world. So the rough edges of Miller’s skill seems to be a natural fit. One thing he is good at is humor. The comedic timing of Ryan Reynolds and T.J. Miller are accented by Tim Miller’s ability to recognize good humor. Most directors wouldn’t allow the freedom necessary to make their humor work.

The script is fine, and the story is simple. It would be interesting to know what kind of input Ryan Reynolds had in the making of this movie. It seems like it was generally shaped around his abilities and charisma. The quick one-liners and fourth wall breaks are perfect. What makes Deadpool so beloved is his self-deprecation and his acknowledgment of the world he is in. This was the biggest challenge the writing team faced. Breaking the fourth wall and attacking other comics is easier in the written form. How it translates to the big screen is hard to predict. It’s an absolute miracle that this team pulled it off.

While the supporting cast is terrific and well-casted, there is one big snare. Gina Carano is not a good actress. The editing of her scenes is blindingly obvious. We never see her speaking on screen, and her character is by far the worst formed. At this point, I’m not sure her career as an actress is feasible. What makes this even more glaring is how good Ryan Reynolds is. Reynolds has always been somewhat of a mystery to film fans. He is handsome and charismatic, but has never been able to lead a blockbuster film. Deadpool will change this. His snarky humor and muscular tone are a perfect fit for the “merc with a mouth”.

Deadpool is a hard movie to critique because it is rip roaringly fun, but at the same time it isn’t very polished. Tim Miller has a long way to go to be a successful director. The action is okay, and the plot is as trite as they come. But Deadpool’s character is so succinctly expressed that it feels fresh. Ryan Reynolds’s ability to make fun of himself and his past failures make him endearing. The quick dialogue and slight hints of romanticism also give Deadpool a sense of uniqueness. In the end, Deadpool isn’t just the superhero movie we want, it’s the superhero movie we need.