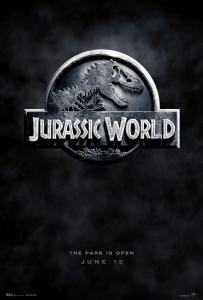 “You’re special. You have a very special purpose in life. You’ve been chosen. The Island awaits you.”

I remember seeing Jurassic Park in the theater. I was a typical 11-year-old boy who was mesmerized by dinosaurs. It felt like the best movie I had ever seen or would ever see. Looking back it still is a good movie, but after 22 years and multiple dino films, could another Jurassic movie really be worth it? The short answer is: YES!

Colin Trevorrow, a basic unknown, was given the unenviable task of making a sequel to the beloved Jurassic Park, something even Steven Speilberg couldn’t duplicate. But Trevorrow has done a marvelous job of crafting a visually stimulating and fun experience. His camera work and Speilberg-esq directing make our return to the island a happy homecoming.

The story written by a team of six writers is thin and feels like it was churned out by a studio factory, but has a sense of wonder and discovery. We start with brothers Zach (Nick Robinson) and Gray (Ty Simpkins) going on a trip to visit their aunt Claire (Bryce Dallas Howard) at Jurassic World. Claire runs the Jurassic World theme park, which is set up like a gigantic pre-historic zoo. This is a great way to start off the film because we get to follow the boys as they explore the park as well as meet the other cast members. It also gives us a scope of the island and a feel for what our protagonists will have to deal with.

The acting is serviceable. Robinson and Simpkins are very good and have great chemistry together. Chris Pratt is the big name in the film and plays his character perfect as always. Pratt’s character Owen is a little bit good ole boy and little bit rock star, which in my opinion is just Pratt being himself. Jake Johnson from New Girl has a hilarious bit part, and Vincent D’Onofrio is typecast as the bloodthirsty Hoskins. While all the acting is passable, Bryce Dallas Howard is the standout. Her character is given the real heavy lifting, and she is great.

One of the defining traits of the original Jurassic Park was its state of the art effects. Unfortunately, this is where Jurassic World begins to falter. While the island and some of the practical effects are worthy of praise, the majority of the CGI looks outdated and haphazardly done. The latest incarnation of an evil dinosaur isn’t as menacing as the original T-rex, and the final battle looks like it was cobbled together by a novice.

I would say perhaps my biggest disappointment in the film is how poor the writing is. The plot is standard and shallow. The character motivations pertaining to the villains are razor thin. Only so much can be motivated by potential money, and money isn’t very spendable when you are dead. When life and death situations arise, some of the characters make extremely odd decisions.

The ending although a bit of a mess itself is subversive. The strengths and roles of gender are questioned a little, which makes Jurassic World stand tall. From its use of John Williams’s classic score to the increasingly intense action, Jurassic World is a perfect slice of summer movie fun. Many questioned the choice of Colin Trevorrow to make this film, but it is obvious he knows how to make a thrilling summer blockbuster.